Group 3a - descendants of the O'Malley Clan of Murrisk & Burrishoole

In the previous article, we explored six of the seven subgroups which are M222+. Now let's turn our attention to Group 3a, the largest of the Group 3 subgroups in the O'Malley DNA Project, and the leading contender for the descendants of the O'Malley's of Murrisk & Burrishoole.

This subgroup consists of 31 members (only 19 are displayed on the public Results Page - to change this, see Footnote 1). Surname variants include O'Malley, O'Mally, Malley, Maley, Melia and Malia. Where mentioned, ancestral origins are most commonly Mayo. 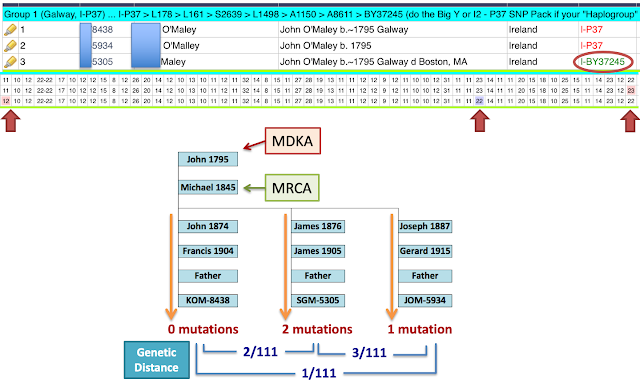